Gunmetal Magic by Ilona Andrews
My rating: 5 of 5 stars

I loved this book! I was worried at first to read a book about the Kate Daniels' universe that wasn't from Kate's point of view, but it worked so well to have the POV shifted (no pun intended) to Andrea. I really hope that Ilona Andrews continues to write this companion series to the Kate Daniel books. I loved the interplay between Andrea and Raphael, and it was interesting to get more of Andrea's backstory, as well as her different connections and relationships to known characters.

View all my reviews
Posted by Jo at 7:52 PM No comments:

So, what would you do if the weather forecast was to be in the mid-90s and humid on a August Sunday? Stay inside and enjoy the airconditioning, right? That would have been the sane thing to do. What did we do on an August Sunday where it hit 95'F in the shade?

We went to the Pennsylvania Renaissance Faire 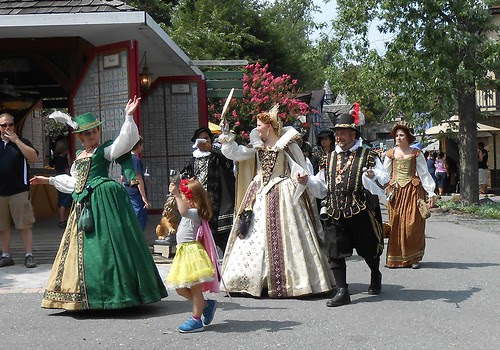 Omigod it was hot. I think I melted 2 inches off my height and it slid down to create more girth. While walking around, I drank six half-litre bottles of water, 2 sodas, and the remainder of Willow's lemonade when she deemed it too tart. I didn't care - it was liquid.

I didn't take too many pictures this time - I was having a hard enough time staying hydrated and keeping Piper amused. Willow's friend, Amanda, came with us - so the two of them had lots of adventures discovering the maze (the maze-keeper shouted: "Send your kids in the maze - come home with with more space in the car!"), ridding hippogryphs, petting baby dragons (geckos), watching the joust, taking in some Shakespeare... and swordfighting. 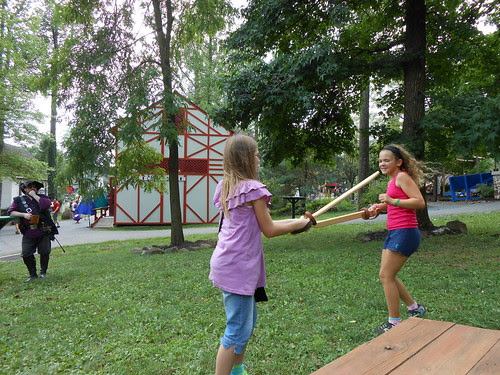 Yes, the girls bought themselves swords. Seeing as I am sure their other friends do not have wooden swords, I suppose they will just have to beat each other with them. Amanda says she will also poke her brother with hers if he annoys her.

Here's a pic from the joust: 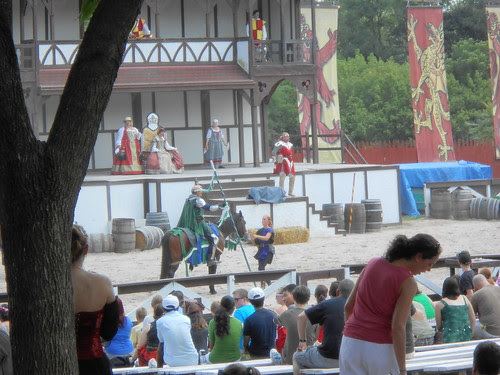 Not to self - next time don't wear light-coloured cargo shorts if you don't want a dusty bum. Yes, there was plenty of bench sitting available, but you had to sit in open sun - almost everyone opted to sit in the copse of trees to take advantage of the bit of shade.

We had lots of fun - and bought return to tickets for another weekend - hopefully in a few weeks when the high is maybe 70'F. And breezy. Even overcast. Sweater weather - it's coming soon. 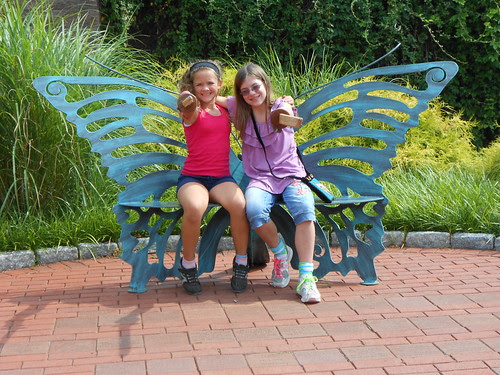