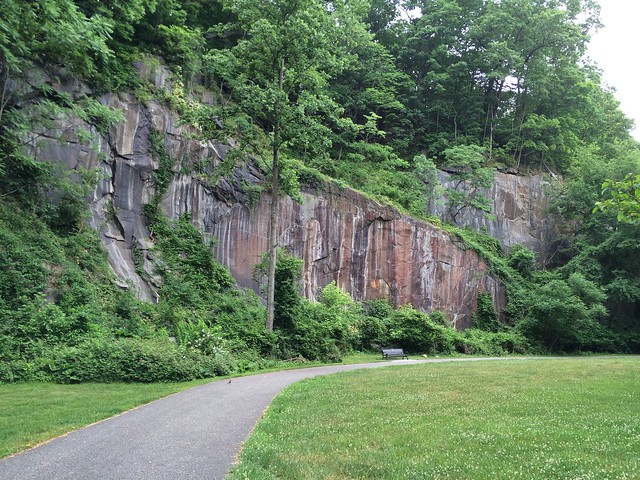 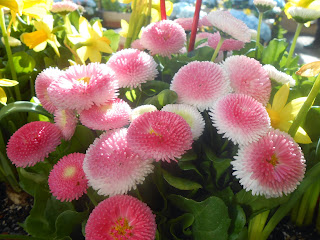 I was so relaxed with this long weekend that I thought today was Sunday and was just going to put up a Silent Sunday post.  Instead, you get to read me blather. Enjoy the flowers! 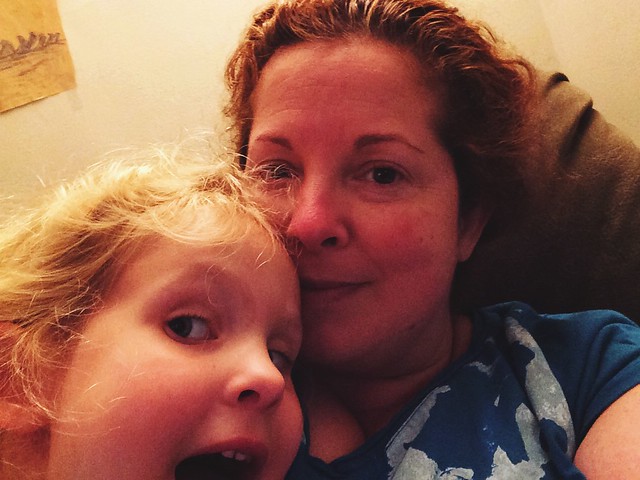 I have a really bad habit of not using my vacation until halfway through the year - I have it in my head that I need to conserve it somehow. I have 23 days of vacation this year - no small amount (although I have friends and family who have much, much more and it boggles my mind). But - with trips to visit my family in Canada, those days get eaten up quickly, and I always want to make sure I have time to take a week off at Christmas as well. Now, it will be a few more years before I earn another weeks' vacation at work, so I think I need to budget my time differently. I may have to forgo taking the week of Thanksgiving off, or not as much time off at Christmas - because I am seriously burning myself out with no downtime.

Don't get me wrong - I have fun - I spent a weekend down at the Maryland Shore a few weeks back, we went to the Wilmington Flower Market, we spent a day at Longwood - but all these things were stuffed into our already cramped weekends, and so the run activities were interspersed with running around and unneeded stress of trying to get the normal stuff finished as well as having fun. Memorial Day weekend is our first long weekend since January, and I have relished it so far. Even if the backs of my thighs are screaming after all the weeding from yesterday! The yard looks nicer, the house neater, and Andrew even cleaned up and tuned up the bikes so we could go riding through the neighborhood with Piper in the faux tandem attachment. I'm feeling good, and we still have another day tomorrow to unwind. It is Memorial Day here in the US tomorrow, which I think is more closely aligned to what Remembrance Day is in Canada (unlike Veterans Day, which is the same day as Remembrance Day).
Posted by Jo at 7:43 PM 1 comment: 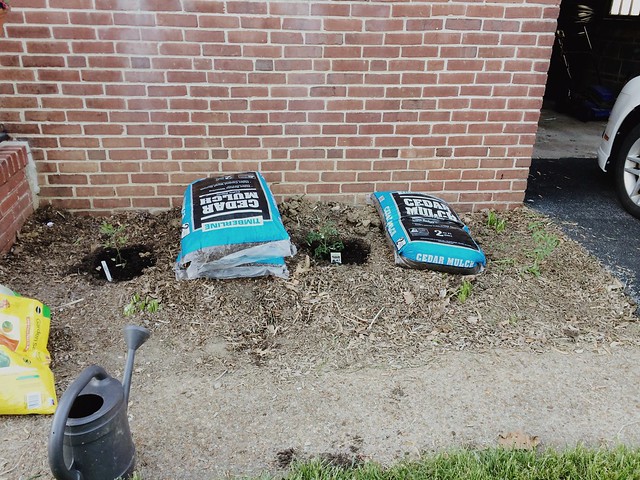 Andrew and I spent collectively about 6 hours today working in our yard - he mowing the expanse - and in the backyard, actually mowing it twice, whereas I attacked the weed-infested flower beds in the front. I don't even know if weed-infested is a strong enough word - after about 2 hours of pulling weeds, my arms were starting to shake. We learned a few years ago that tomatoes grow really well in front of our house; it shouldn't have been a surprise - it is a south-facing wall with full sun, with the additional benefit of the warmth of the brick behind it. I planted 4 tomato plants today - two on either side of the front door, and all varieties of cherry and grape tomato. If you look carefully in this picture, however - there are 3 plants on this side of the door. We always have a lot of volunteer plants come back each year - and this one plant was looking pretty healthy and was in the exact spot I would have planted something anyway. I have no clue what kind of tomato it will be, but I am really hoping it is the tiny grape tomatoes that were in the same spot last year.
Posted by Jo at 6:38 PM No comments: 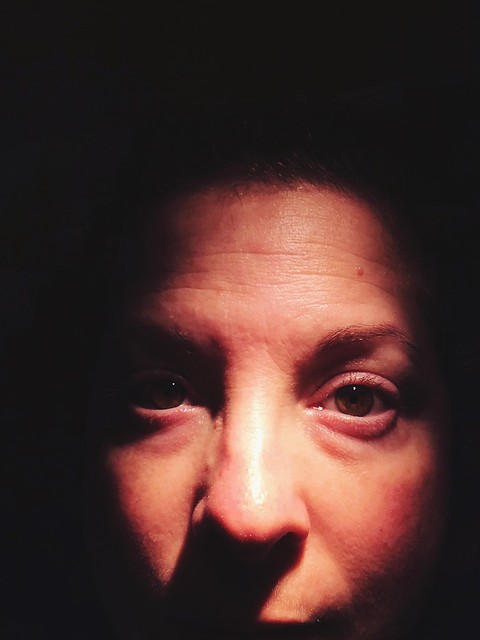 I am so thankful to have this long weekend. I need to sleep, read, knit, plant, recharge, play with my kids, and not think about all the things that are stressing me out.
Posted by Jo at 8:30 PM 1 comment: 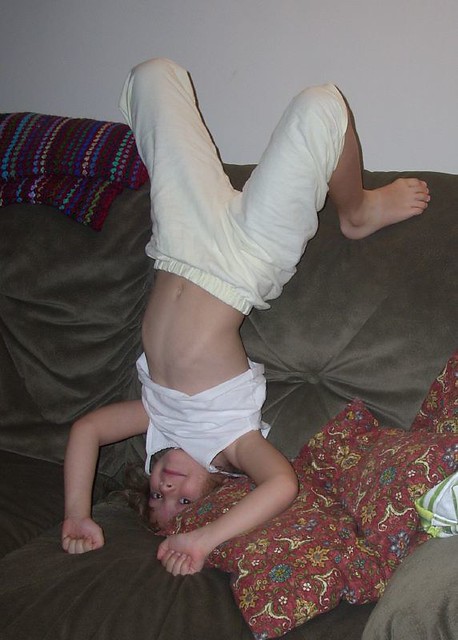 I was scrolling through old pics looking for something funny for Throwback Thursday, and I passed this one by initially - thinking it was a recent picture of Piper. Being upside down on the sofa is very much something Piper would do. In fact, tonight after I finished reading to her, she demonstrated to me how she can crawl like an inchworm on top of the back of the sofa. But no - this six-year old Willow. And we are doing our damnedest to get rid of this sofa - it has a huge rip in the center that gets conveniently covered up by throw blankets and I hate it immensely. Take my advice - never get a recliner sofa. You will lose everything underneath it, the stupid thing weighs about 10 tonnes, and there are too many little moving pieces. Our next sofa will be comfy, but much more utilitarian.
Posted by Jo at 7:36 PM No comments: 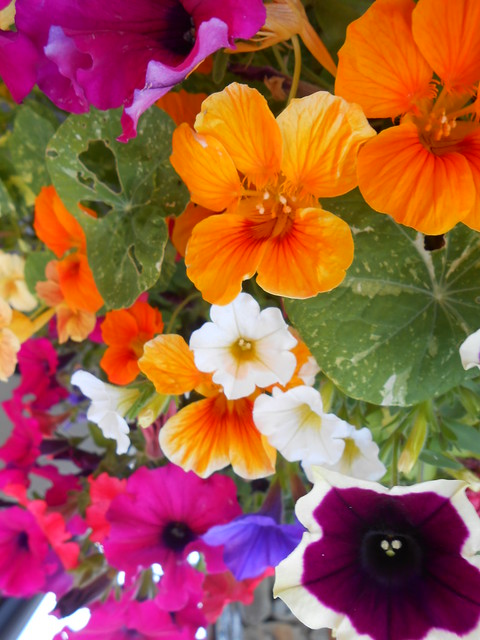 But there is actually a not-so-random story behind these flowers. Last August, we spent our last night in Canada at a hotel in Sidney, BC - a small seaside town north of Victoria and close to the Victoria International Airport. There was a pub attached to the hotel, and we received a discount for eating there since we were staying at the hotel, but we had to eat before 6pm, because the pub did not allow minors in after that. So, we went and had a delicious dinner - and I had my only non-Canadian beer of my entire vacation (the waitress recommended a beer from New Zealand instead and it was delicious).

After dinner we walk back to the hotel and we hear alarms going off - and I swear, it didn't even occur to me that the alarms were coming from our hotel! The hotel personnel won't let anyone inside, and the hotel is being evacuated of all guests. We are lined up in the parking lot, sidewalk, - really, wherever they could find space for us. The firetrucks pull up and about six fully-clad fire fighters rush in and check all the floors. After about 30 minutes of waiting outside, they let get the alarms turned off and let us back inside... except they can't turn the elevators back on right away so we have to walk up the three flights of stairs. Not really fun with a three year old and masses of people, but we manage.

We wanted to get Piper in the bath right away since we had to wake up early to get to the airport for a 6am flight. I pull out her pajamas... And the alarms go off again. So, we all shuffle downstairs and outside again. This time we only wait about 15 minutes and they let us back inside. We start running Piper's bath and the alarms go off again. Everyone back downstairs. At least by now they have figured out that it is an alarm/electrical issue, not a fire alarm or anything like that. But - until they can get it disabled to fix it, we all have to wait either outside or in the lobby. Finally, the fire fighters go back to the station and the alarm techs arrive and they finally manage to fix the alarms and let us back to our rooms. It was not really how we anticipated spending our last night in Canada... but it was something to remember.

And the flowers? Victoria (and as an extension, Sidney) is famous for its hanging flower baskets, and I spent the first part of our exile from hotel room snapping pictures of this one while we waited on the sidewalk.
Posted by Jo at 9:08 PM No comments:

In Which Jo Looks All Serious and Wrinkled

I have weird colored eyes.

Not quite brown - maybe more on the hazel end, but then again, I frequently get told that my eyes are the exact same color as my hair. That's a little freaky, because my hair is auburn. 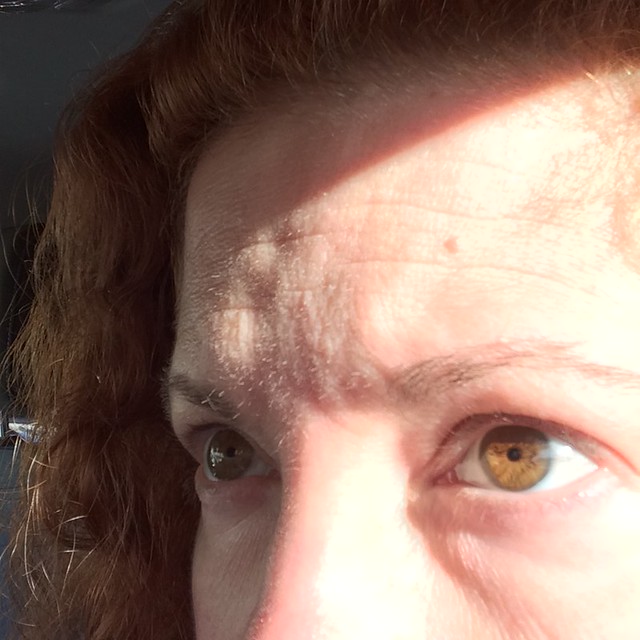 I am always trying to get a good picture of what my eyes look like - and I haven't caught a good one yet. I think it is really cool when you see a close up of someone's eyes and you see all the variations of color - to me, close ups up the eye can look like an alien landscape.  I know I have a light grey ring around an olive-y green and hazel and splashes of a maroon-red color throughout.  I suppose I will have to forgo the selfie and have someone else take a close up!
Posted by Jo at 9:01 PM 3 comments: 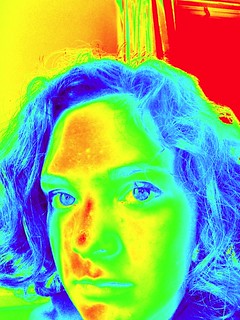 Holy cow, you don't even want to know how long it took me to create a blogpost with a picture with my iPad! I tried doing it with my phone first, but that got me nowhere fast. Anyway, here's a selfie Willow took with my iPad- enjoy!
Posted by Jo at 8:54 PM No comments:

I was woken up this morning by Piper at 5am. She's still at the point where weekends mean nothing to her. Sleeping in means nothing to her. I was up late last night reading, as usual, so I was very sleep-deprived - but because Andrew had the girls to himself for a few days while I was at a conference, I let him sleep in for the second day in a row. I woke up with Piper, turned on some cartoons, and went to make myself some coffee. When I went to get something out of the upright freezer, the first thing I noticed was that the door opened way too easily.

It hadn't been shut last night.

Everything in the door was completely thawed and dripping everywhere - and everything else was quickly getting there. I knew we had to defrost the damn thing soon, but I wasn't planning to do it at 5am on a Sunday morning. So, I shut the door and went back to the kitchen and drank my coffee. Then proceeded to empty everything out of the freezer that wasn't rock solid frozen still. Roasts, spaghetti sauces, curry, salmon, frozen fruit, tubs of ice cream, and a three pound bag of raw shrimp! That was just the tip of the (ha!) iceburg. The only things I was able to salvage were some frozen vegetables, some cookie dough (that I baked since it thawed), some cinnamon rolls (which we baked for breakfast, since they were thawed), and some meat that was cooked up today since it was only slightly defrosted in the debacle. Andrew, who had since woken up, came down and took over with the complete defrosting and cleaning once I had emptied the freezer.

Must think happy thoughts! I have lots of cookies! Dinner is planned for tomorrow! My freezer is immaculately clean and empty! One day Piper will learn to sleep in! 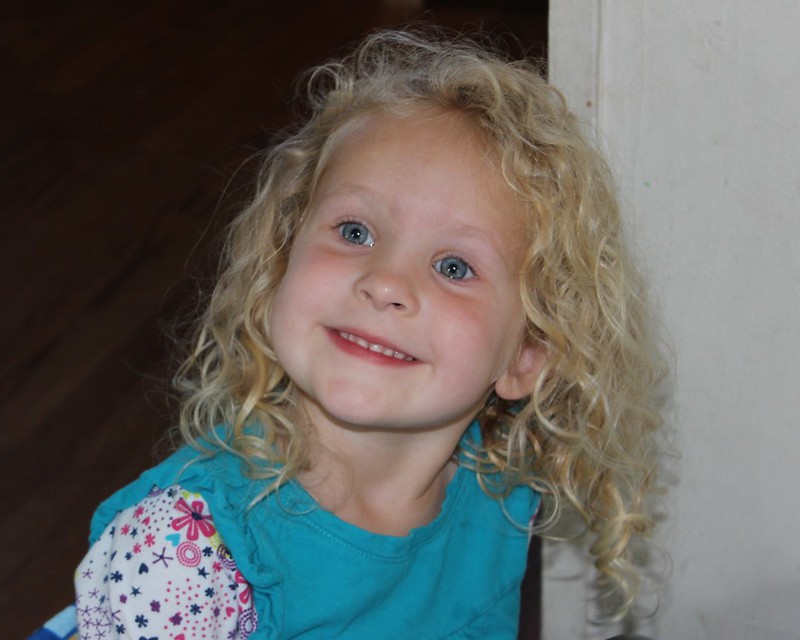 Life Getting Away From Me

Life is crazy like that. I feel guilty for not maintaining this blog - but the truth of it is that it is so much easier to post things on Facebook. So, I am going to try getting back into the swing of things by posting pics and comments, and hopefully build up to blogging again from there. 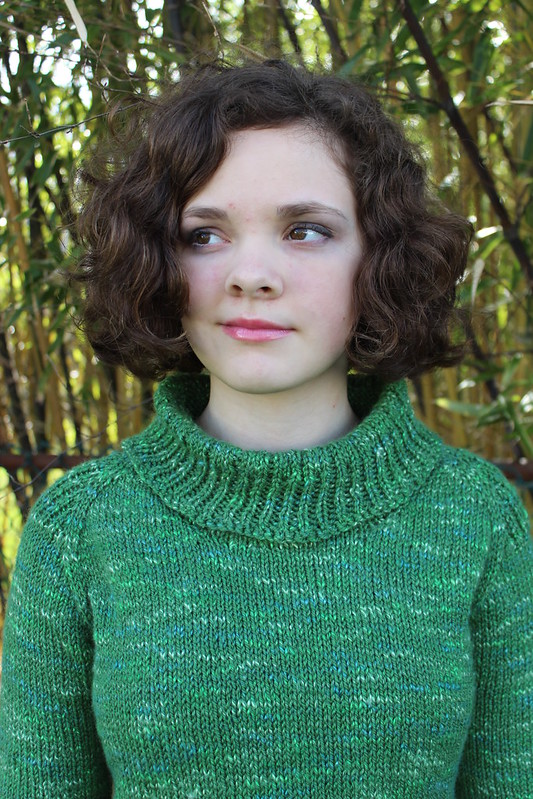 Willow, in her Birchbark sweater I made her earlier this year.
Posted by Jo at 7:26 AM 1 comment: