And this is what we woke up to Saturday morning: 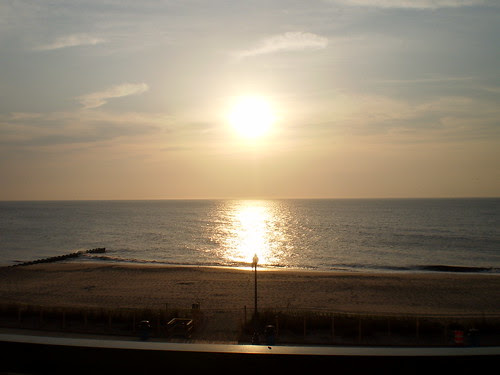 So beautiful and peaceful! I would love to wake up to that every morning. We walked down to a coffee shop for breakfast, and Willow found this dolphin to cuddle. This picture is for Tara - to prove to her that Willow still wears the skirt Tara made for her (the flouncy capri pants are too snug now, though!) 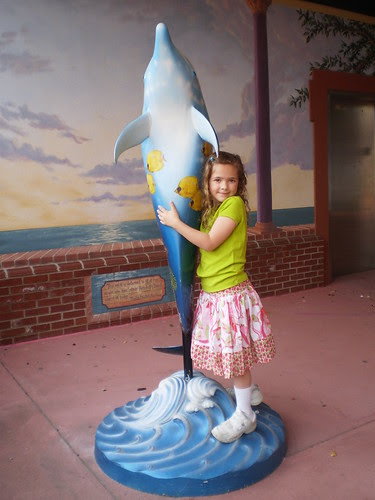 I found this pretty rose outside the coffee shop - I love how there is a single bloom in front of all the over-blown roses. 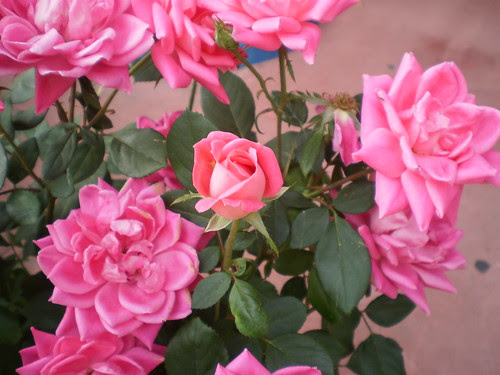 After breakfast we went for a walk along the boardwalk and I spied my dream house - although I think I would have to win a lottery or two in order to afford it. I love all the windows facing the ocean. 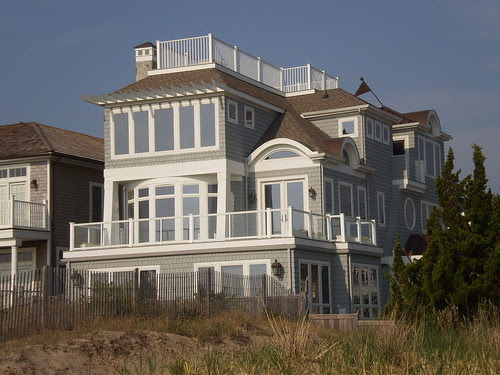 After our long walk the weather was still holding up (the weatherman had predicted a doozy of a storm in the afternoon) so we decided to park ourselves on the beach and play in the sun a bit. As you can see the beach wasn't that crowded - even though it got to be about 85'F by afternoon. 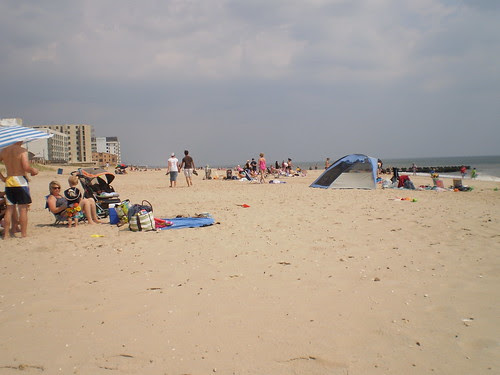 Here is Willow building herself a sandcastle: 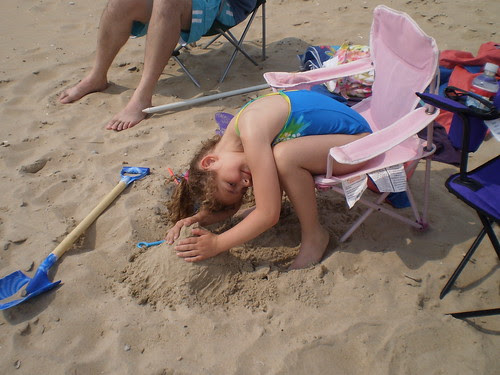 Later in the afternoon we moseyed on down to Kitschy Stitch, and I picked up these lovelies: 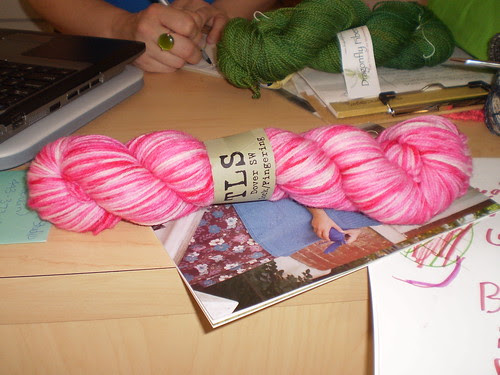 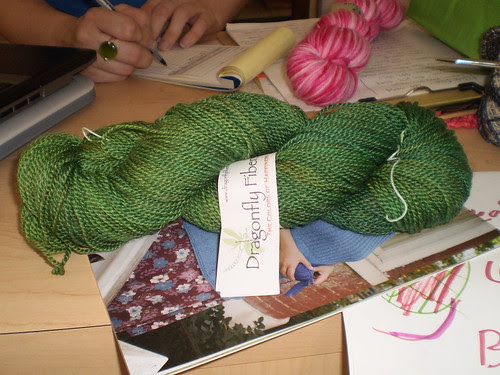 Dragonfly Fibers Sock yarn in 'Villainess' - and I have to say, I bought it entirely because of the name. Ali, Kitschy Stitch's very gracious owner, said both of these were from local Delaware vendors, so I was quite pleased with that. I also bought some yarn and a sweater pattern - but that will get a post of its own.

The storm hadn't hit yet, but looked imminent, so we decided to hit the Tanger Outlet stores, where Willow rode a harley: 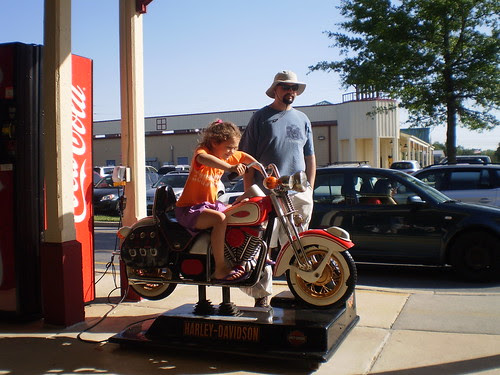 She hasn't lost her enthusiasm for these coin rides - even though she is bigger than most of them now. In the end, the storm never materialized, and it was lovely all day. We had dinner at Jake's Seafood on Baltimore Avenue, walked along the boardwalk again in twilight - and were treated to the sight of the girls of Cape Henlopen High School in their prom dresses taking pictures on the beach.

Hmm... I think the yarn store owner may have fibbed a little - Kate of Dragonfly Fibers is actually in Baltimore. She shares a booth with my bosses at shows fairly often. :)

Whew! That's a full day!
Glad to see the roses are blooming down there too--does it seem too early? I thought they bloomed in June!

No - that's probably my fault - she said they were local dyers - and I guess Baltimore would seem more local to Rehoboth! I just assumed Delaware :)

Yes, ever since I moved here, I've always included MD as "Local". Didn't mean to mislead you - sorry! :) Kate is so near here, and she's been shopping here, plus her MIL is a regular customer.