I love getting packages in the mail - especially when one is in an exceedingly grumpy mood. The other day I didn't get home until nearly 6pm, it was pouring rain, somebody (ahem, Andrew!) was harassing me about what was for dinner... and there was this package on my steps...

This package is from Nikiana, one of my fellow members in the Due in January 2011 group. Yes, I know I'm not due until February 1st, but since I am straddling two months (and personally, I think I will be delivering in January) I joined both the January and February groups. The more the merrier!

I tried doing a photoshoot of all the neat stuff inside the box... but I had a very nosy cat who decided he needed to be in on the action as well... 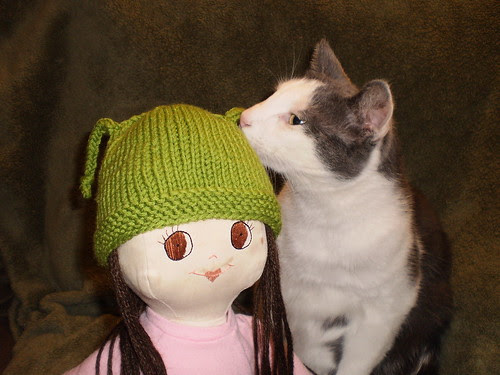 I'm kind of curious whether Nikiana has a cat (or a dog) because Lucky was very interested in smelling everything that came out of the box! 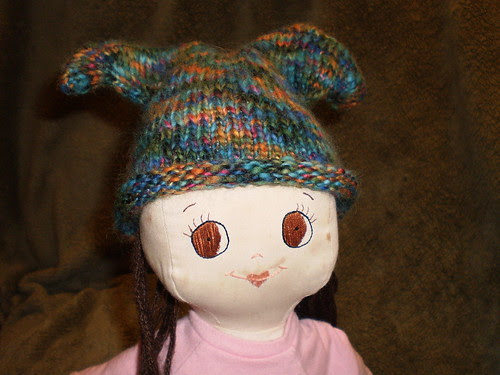 My doll is the only thing I have around here that has a baby-sized head, so she got to do the modelling honours. 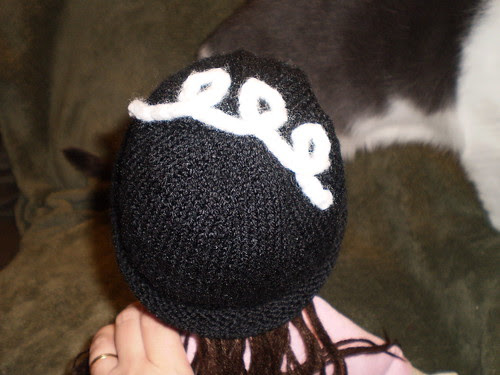 Willow loved this hat - I think she wants one, too! Oddly enough, she seems very keen right now with wearing matching clothes with Sprog. I'm trying to break it to her that we are not likely to find size 8 and size newborn stuff in the same styles or colours. 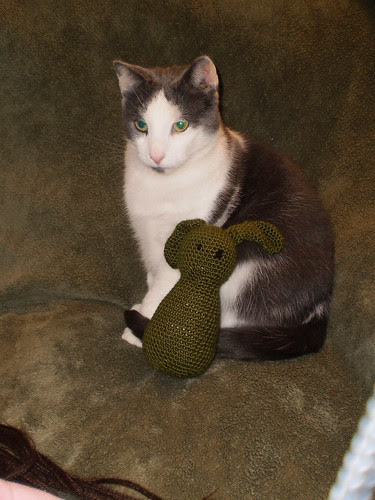 Lucky and the stuffy. 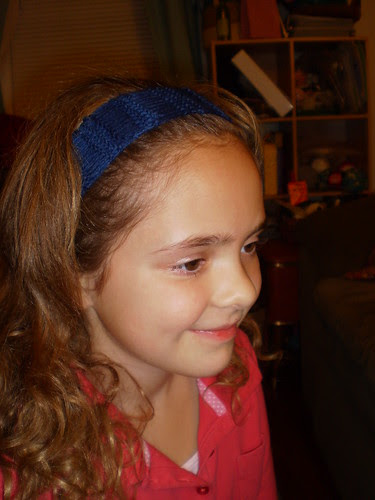 Nikiana even included some stuff for Willow (thus making a very happy little girl), including some headbands (she is wearing this one to school today), 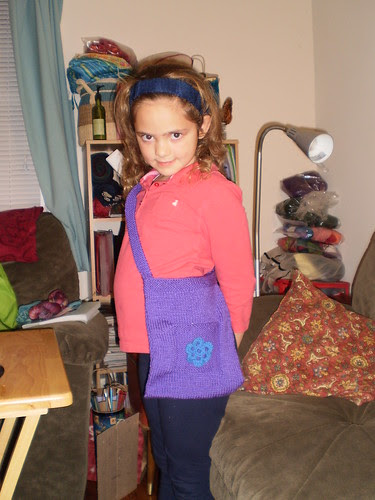 a purse (yeah, not sure what is up with that super intent gaze), and 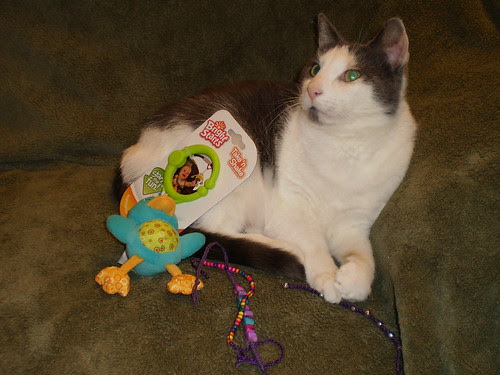 some bracelets that Lucky was certain were for him. He especially liked the purple one with the silver beads. Nikiana also included this baby toy - you pull it down and it vibrates back up, which sent Lucky into a paroxysm of pleasure. We didn't have a cat when we had Willow - somehow I foresee a lot of baby toys becoming cat toys...

Nikiana - thank you! It was a wonderful package and I love everything in it!
Posted by Jo at 7:17 AM

I'm digging the cupcake hat myself.

I do have two kitties. Perhaps they were sending their own greetings to Lucky. :D

I'm glad the purse and headbands fit Willow so well!

Poor Sprog won't have any toys it seems as Lucky shall be stealing them all!

Cute hats, but that cupcake one is making me drool right now ;) That's Willow's getting ready to be a model stare ;)

Sprog will even it out by making cat toys into baby toys, those mylar crinkle balls are really popular with the small ones.